7 hours took us from Lake Nakura to our camp in the Maasai Mara. The drive took us through numerous small towns giving us a view of Kenyan rural life. At the end we traveled through Maasai territory. gorgeous people – they share the park with their animals and the wildlife. The Maasai build large compounds for themselves and their livestock to shelter in at night. Family wealth is based on the number of livestock they own. 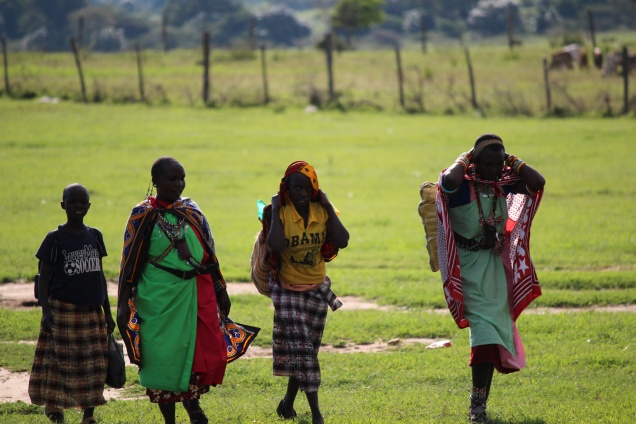 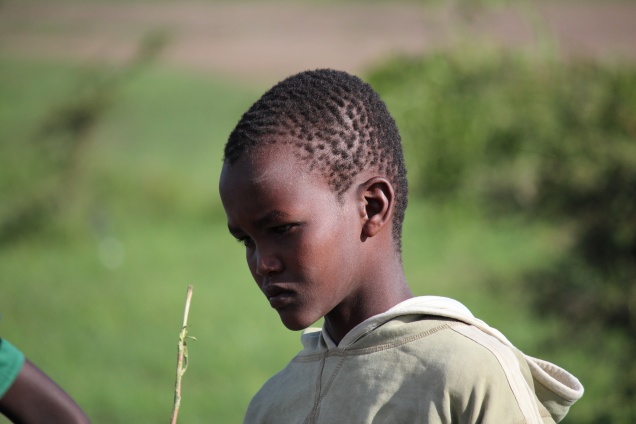 Our intro to our tented bush camp in the Maasai Mara was the discovery of a spitting black cobra in the men’s toilet by one of our co-travelers. Woke us all up…… After a lot of excitement the snake met its demise, a couple of safari members had a stiff drink and our tents got a pretty thorough check. The day ended with a sunset game drive – highlights were Topi’s with young, a female cheetah with two cubs feeding on an antelope and a mother and young giraffe. Definitely family night in the Mara. It has been raining here at night so the frogs are out. Some interesting calls last night – one sounded like a jeep stuck in the mud, and another like hey!, hey!  Got a bit old by 3 am. Our tents are the real deal, with mesh sides so whatever walked around outside during the night sounded like it was in the tent with us.