This morning we headed out of the Mara towards the Serengeti. We had a game drive on the way out of the park. had a magical encounter with two cheetahs followed by a family of elephants. Once we had said good by to the elephants we visited a Maasai village. The Maasai still live as they have for centuries. they are herders – measuring their wealth in cattle. in the evenings they herd all their livestock inside large thorn fenced enclosures where they also live – in essence they live in a feedlot type environment – on a dung heap. their huts are made of cow manure and grass. a hut has a lifetime of about 8-10 years before the rains cause it to collapse – the owners then just build a new one. Village location is determined by the rains. Once feed for their animals starts getting scarce they pull-up stakes (literally) and move to an area with better grazing. We got the tour of a village and watched Maasai men dance. Definitely a patriarchal society. Both men and women are circumcised – it is a right of passage into adult status for both genders 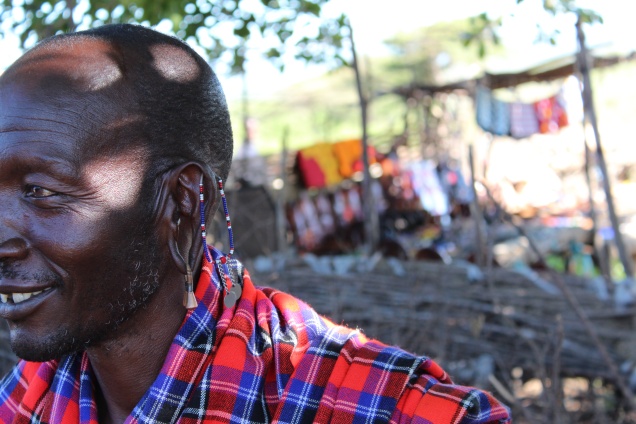 the drive from Maasai Mara to Kisii in western Kenya was a long one but interesting. About 1/3 of the way to Kisii we left Maasai territory. We ended up in tea growing country as we gained in altitude – very beautiful here. We got lost once we reached Kisii and inadvertently got a tour of the city. White people other than missionaries are not common here – the drive through the city centre and resulting traffic jam will make an interesting story when we get home 🙂 Anyways made it to the hotel. Our dinner was barbecued local goat and potatoes – excellent 🙂