Another dawn departure got us to Fish Creek Canyon in southern Namibia by mid afternoon. The drive was a beautiful one.

Fish Creek Canyon is similar to the Grand Canyon but not quite as large. The basement sediments here are over 1 billion years old. Tectonic movement began the formation of the canyon and water continued the process. We arrived at the canyon just before sunset and enjoyed a sundowner on its rim. – the colours were spectacular. 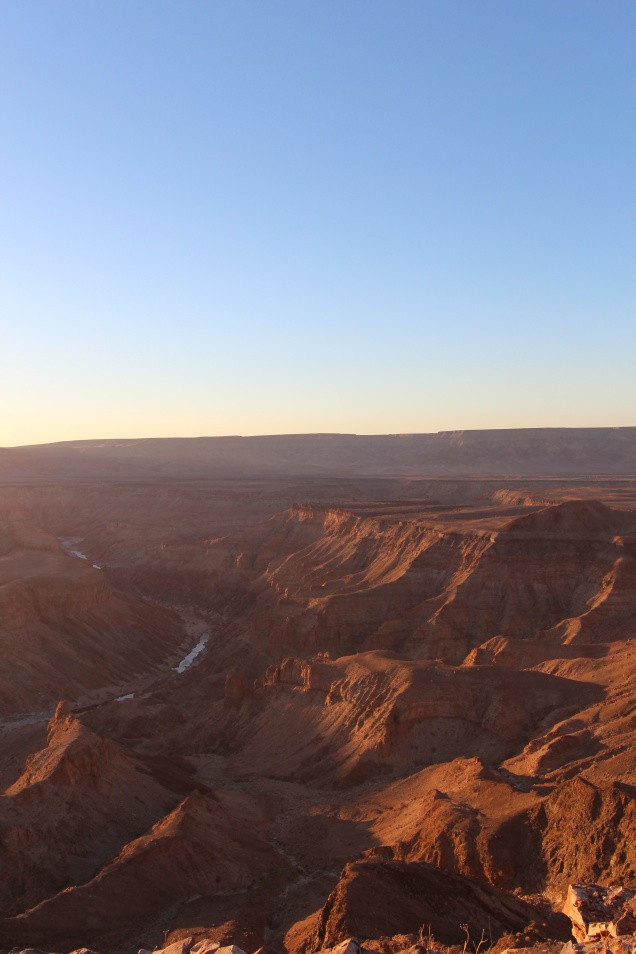 The area around the canyon is part of a park where depleted/extinct wildlife populations are being established again with introductions of the native species from other areas of Africa. the program is working well and we saw evidence of various types of antelopes, zebra and kudu.