Forever it seems…….  Been an interesting 30 hrs so far. The flight out of Comox got cancelled because of fog – off down island to the Duke point terminal we went. caught the ferry and cabbed it to the airport. The flight from Vancouver to Hong Kong was delayed until 2:30 am. 14 hr overnight flight. Had an extra legroom seat which was nice 🙂  Caught up on some reading and watching a couple of movies I have been wanting to see – The November Man and Boyhood. Boyhood is excellent and well worth the time.  The delay has been a nuisance. The airline sold the seats that a small group of us had booked on the connecting flight to Hanoi – we are now sitting in Hong Kong airport waiting for new boarding passes to be issued on a new flight- in the meantime, all the transfers to the hotels at the Hanoi end of the trip are toast…..  On the up side have met some very nice people along the route .   Things are getting a bit surrealistic as we are all sleep deprived……  More later.

Arrived in the Old Quarter of Hanoi and our hotel! Found Carol at 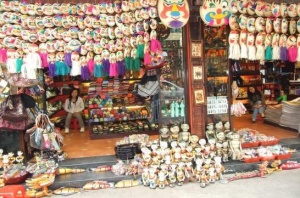 the airport and we shared a car in. What a fabulous place!!! Sharing some quick photos. Have a whole day tomorrow to explore. Doing a street food and old quarter tour. 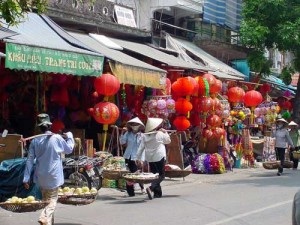 The old quarter of Hanoi was originally a naze of 36 streets each devoted to a separate industry. Now it is the location of some of the best street food in Vietnam and hosts about 99% of the world’s moped population with everyone tooting their horn at the same time 🙂 We have a lovely quiet room on the 6th floor of the hotel facing the back. 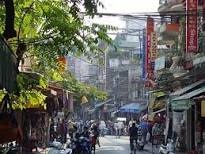