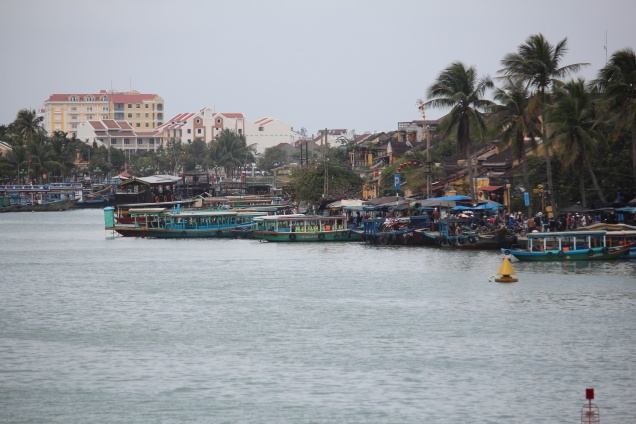 There is an old Asian saying may you live in interesting times – well it was an interesting day… The food markets in Hoi An were at their height in the morning as Carol and I wandered through the centre of the city. While Carol was getting some clothes made by one of the thousands of local tailors, I had a photographers dream hour and shot over a thousand photos in the market. We were due to meet some group members down the main thoroughfare for coffee and had a chance to look around a little more before that and walked along the waterfront. 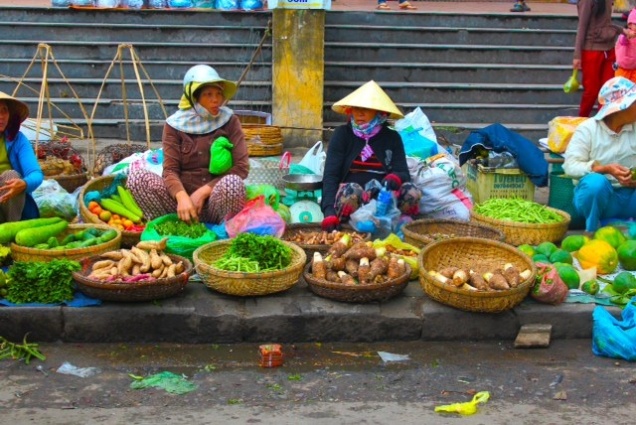 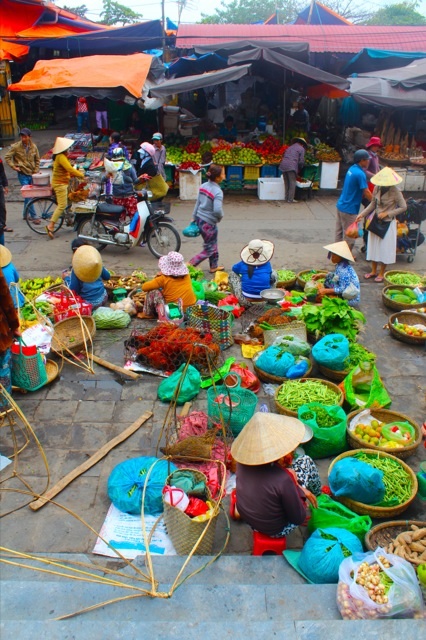 Hoi An became a UNESCO heritage site in 1999. The old town is a very well preserved example of an 14-19th century Southeast Asia trading port. Hoi An lost its economic importance in the 19th century when 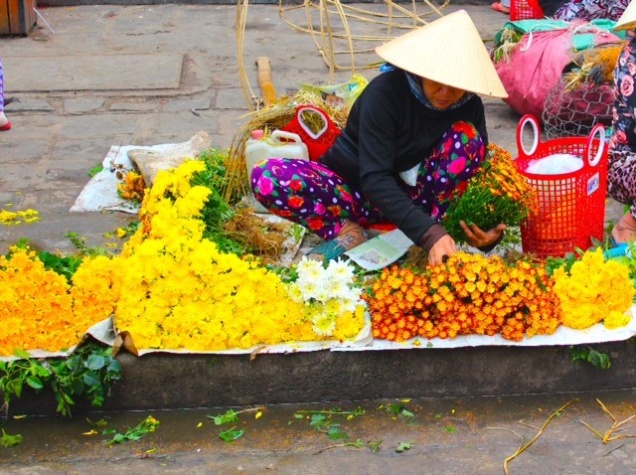 the French developed Danang as the major port which it remains to this day. Hoi An has been rediscovered by tourists. Walks along the water front are lovely and sections in the city are motor vehicle free which is a nice change from the din of horns and obligatory scooter dodging. 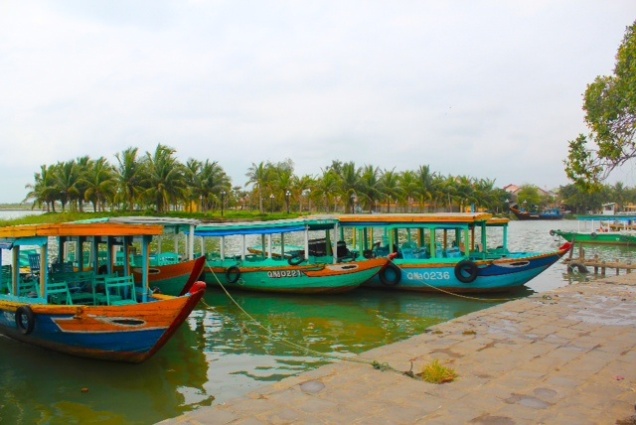 After coffee the tour leader and I didn’t feel very good – to make a long story short we ended up in the local hospital with acute food poisoning. Riding on the back of a motorbike through Hoi An to the hospital holding on for dear life and trying not to throw up on my tour leader was quite the experience. She was probably trying not to throw up all over me. Another group member was there with a suspected broken rib after falling off a bicycle – so quite an evening. In any case good news – her rib was not broken and both the tour leader and I will be fine.