Iceland’s newly formed (geologically speaking) south west coast was our destination today. The same moody weather accompanied us throughout the day, finishing with a glorious sunset over the western isles which include Surtsey, created by a volcanic eruption in the early 1960’s. Surtsey has been a living laboratory since then with the most recent finds being two new species of beetles.

We started traveling through lush farm areas supporting Icelandic sheep and horses. Iceland ponies descend from the founding group brought to Iceland by the original Viking settlers. Due to their long isolation in this land they are extremely vulnerable to many diseases that affect horses world wide. Protection from disease for the ponies is achieved by a complete ban on the importation of any horses or ponies from outside Iceland. If a pony leaves Iceland (and many are exported to other countries to form breeding colonies) it is a one way trip. The Iceland pony is famed for its comfortable trot – a smooth gait – unlike the trot most of us are familiar with. The are hardy, multicoloured and prolific. We saw them being used as stock horses (rounding up sheep) and pleasure horses.

The land quickly became more dramatic as volcanic basalts, waterfalls and the sea appeared. Our first stop was the Skogafoss waterfall, a magnificent cascade of water down black basalt, green moss covered rocks. 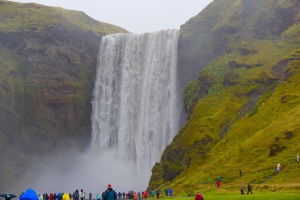 The next turn brought us into the valley which holds the dying/receding Solheimajokull glacier. A rough path took us right up to the glacier following the intertwined streams of melt water, basalts and dying autumn vegetation – magnificent, somewhat sad vistas. 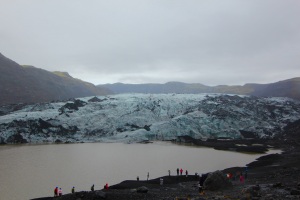 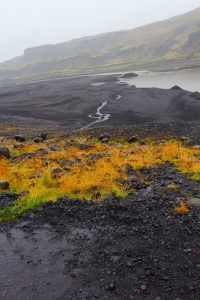 We continued south towards our destination, the most south western town in Iceland – Vik . Vik is an interesting beach side town that is a model of how using strategic planting has stabilized the black sand dunes in front of the town. Before grasses, lupine, yarrow, yellow dock, cow parsnip and other species were planted to stabilize the dunes, wind erosion dumped massive amounts of sand yearly onto the houses in the town.  The combination of sand stabilizing vegetation, together with the rock sea wall has saved the town. Overlooking the town is one of the countries numerous Lutheran churchs – most built on the same plan – white walls, red roof and a spire. 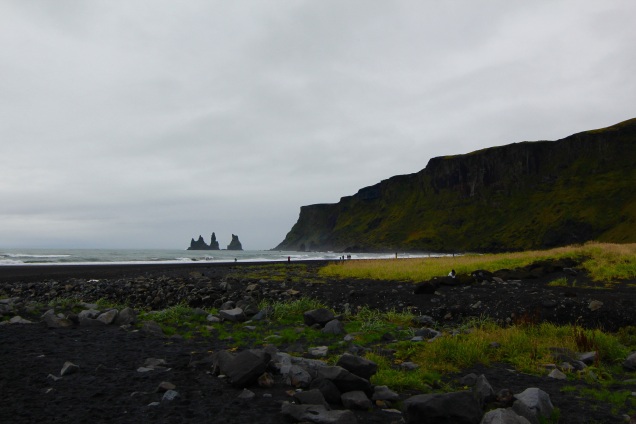 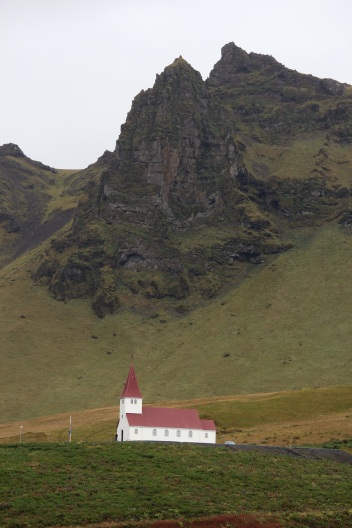 Vik is located at the south end of the famous black sand Reynisfjara beach which features some incredible basalt columns. Arctic poplar hangs on to a precarious existent amount the black sand and boulders, while Icelandic sheep graze up on the hillsides above the beach. 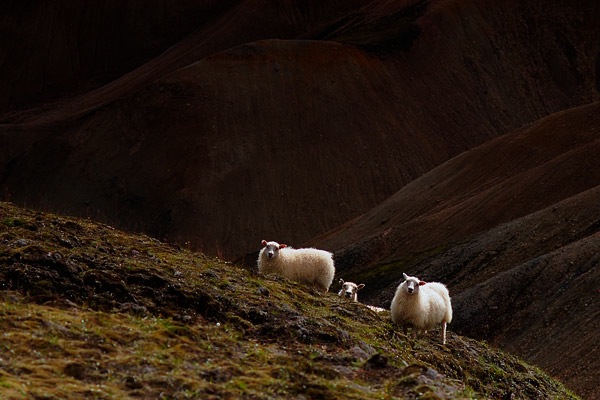 After a walk on the beach we headed for our final stop of the day which was the amazing Seljalandsfoss waterfall. A walkway extends behind the waterfall – outstanding ! 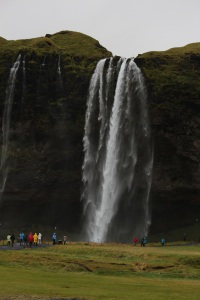 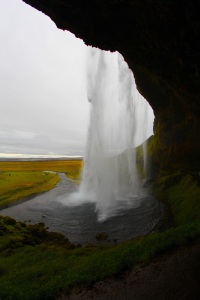 All in all a wonderful day and a fitting way to say goodbye to Iceland. We fly out tomorrow afternoon. It has been a trip of a lifetime that will take some time to completely digest. Thank you all for following our adventures! Until next time………. 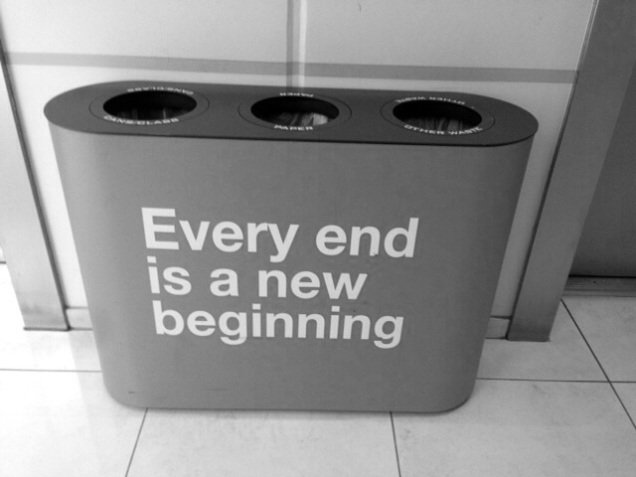