An early start from Merida got us to the Uxmal historic site by about 8:30 am. The heat was building but the morning was still a relatively cool 35 degrees when we entered the site. This is a much less visited site than Chichen Itza with much better preserved carvings and in some cases better preserved buildings. It is smaller and somewhat out of the way with has preserved its vibe for want of a better term. Only a fraction of the city has been restored but what is there is amazing.

The first building we encountered after cresting the hill into the city was the Magicians Palace. This is an oval temple that legend has it was built by a dwarf in one night – another associated legend is that if you are at the temple at midnight you will see a beautiful woman at the base of a tree – apparently tequila in high quantities is required to facilitate this vision – it was probably required in the first place to create the legend :-). 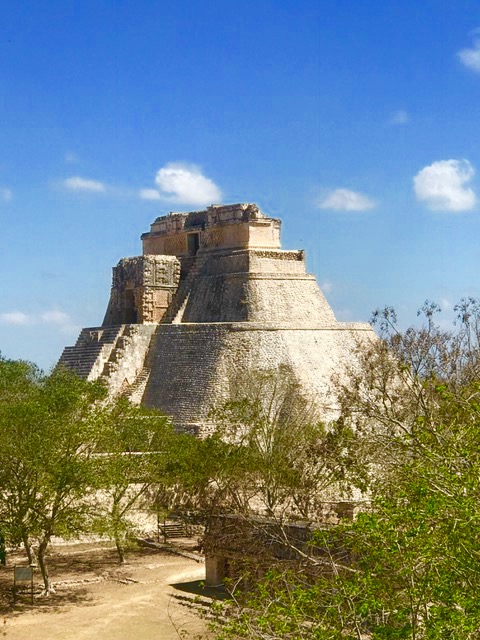 Uxmal was a walled city – not so much to keep invaders out but to keep the so called lower worker classes out of the areas assigned to the elites. While the elite lived in houses the workers lived in the corn fields outside the walls – their accommodation is not recorded . Uxmal is located just outside the main area of the ring of cenotes in the Yucatan. A location which ultimately proved to be its demise. A long period of drought was the reason that the city was eventually abandoned. 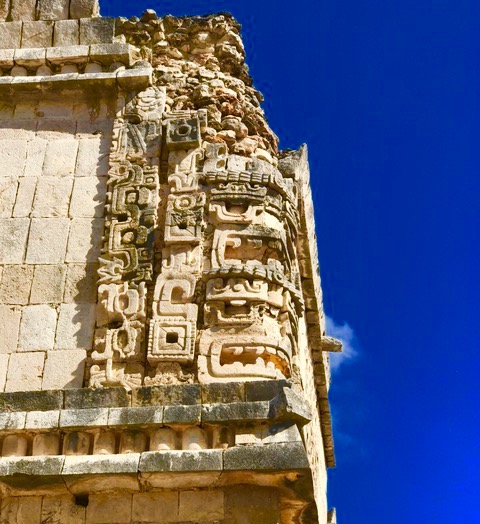 Just a fraction of it has been excavated and much more work remains to be done. A nice feature of the site is that unlike Chichen Itza you can climb the temples giving you a fantastic view of the site. 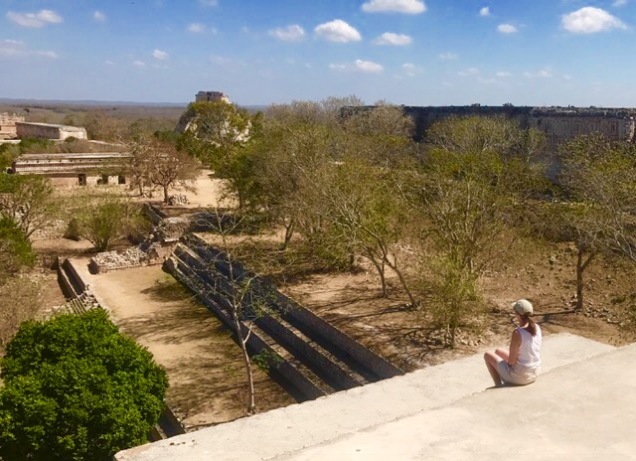 Following Uxmal we began the long trek to Palenque. Our route took us briefly to the Gulf of Mexico where we had a break to walk in the ocean. At that point something truly bizarre happened involving parts of a mannequin discovered in a garbage heap at the beach and people with a margarita or two under their belt………… This is an interesting group of people.

Our route to Palenque took us through the Campeche district famous for its beef and cheese. Neither disappointed at the restaurant we stopped at for an early dinner. . Appies were freshly made tortilla chips, salsa, local cheese, and a squeeze of lime – muy delicioso. 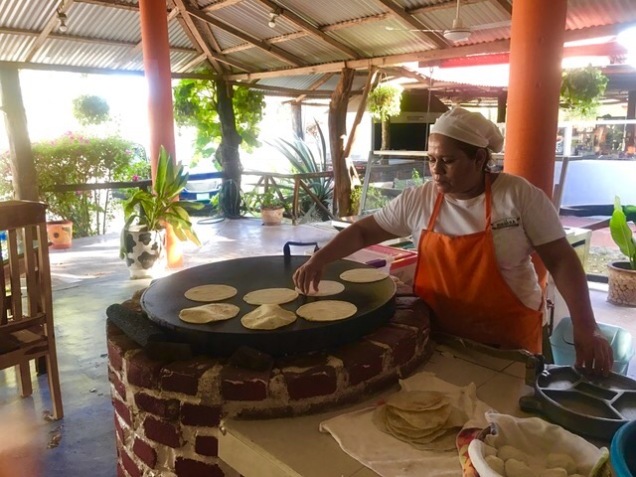 My steak was the best I have EVER had – wonderful meal. At the end I gave the fat trimmed off the meat to the restaurant dog who looked like I wasn’t the first to give him a handout :- )

Following driving into a glorious sunset – 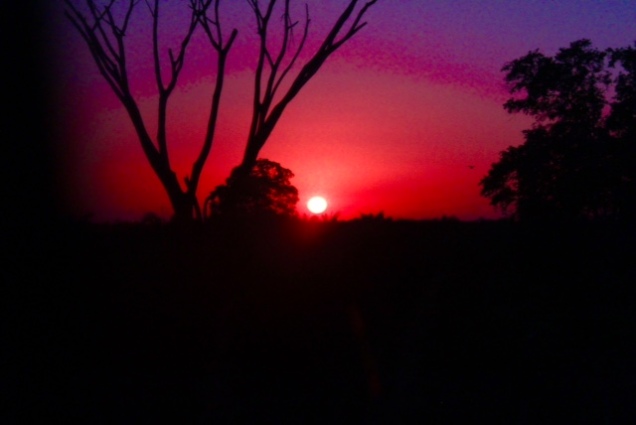 we arrived at our lodge accommodation in the jungle outside of Palenque !!! Long day – 12 hours. My little cabana is like a hobbit house 🙂 A resident gecko and screens provide mosquito control. The final thing that the resident cockroach in the bathroom saw was the sole of my sandal. Tomorrow we visit the Palenque Ruins.