Our route along the Cariboo gold rush trail in BC will take us two days from Vancouver island to Barkerville. 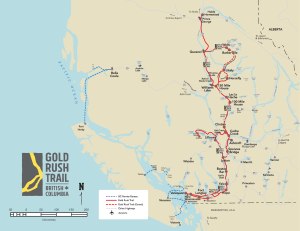 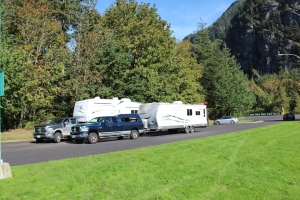 A similar route followed by men and women lured by the ancient scent of El Dorado in the 1850’s and onward, often took weeks and sometimes months depending on weather conditions, skill and often just plain luck. As we sat on a warm and comfortable BC Ferry making the transit from the island to the mainland my thoughts went to the tired muddled folk who often disembarked onto the mud choked streets of what was then Fort Victoria (modern day Victoria) from one of a number of hastily refitted tramp steamers heaved off the scrap heap in California and used to transport the thousands of hopefuls north to Vancouver island from San Francisco. Once in Victoria the journey had just begun as supplies and permits needed to be obtained and then passage to the mainland arranged. Many would be miners whose exhausted cash reserves could not stretch to the paddle steamer fare to the mainland formed small groups and paddled a canoe across the straight of Georgia and up the Fraser river to the start of their northern trek on foot at Fort Yale – modern day Yale.

After exiting the ferry a few hours drive brought us to the town of Hope one of the stops along the gold rush trail and the entrance to the Fraser Canyon, as well as a few kilometres down river from Fort Yale.

The terrain begins to climb steeply after Hope and then Yale is reached. Our diesel pick ups pulling out supply wagons 🙂 made short work of the hills – a very different prospect was faced by earlier travellers with a 70 pound pack on their back and an often recalcitrant mule packing the remainder of their gear.

Both horses and mules were used as pack animals in the early days. They were joined briefly by camels which were a miserable failure in the Cariboo. Being a desert animal, their hooves were ill suited for the rocky terrain in the mountains. In addition they often spooked the other pack animals – horses and mules – with sometimes disastrous results as miners watched their  animals and gear disappear over the edge of a steep trail or cliff face. 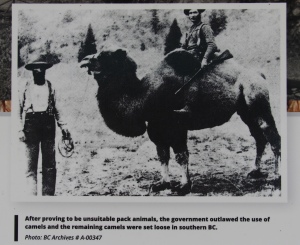 After less than a year the camels were released and abandoned to their fate in the southwestern interior of the province. Some historians believe that camel sightings following their release may have lent credence to the Sasquatch myth in the area. Rich gold strikes in the Cariboo in the 1860’s caused the building of roads to accelerate in the region with the Cariboo Wagon Road being the first to be built – this road is followed more or less by the modern highway that connects Vancouver to the Fraser Canyon and north to Quesnel and Barkerville.

Once past Lillooet the muddy expanse of the Fraser River is replaced by the clear aquamarine/blue waters of the Thompson River which we followed for the remainder of our day to our destination at Hat Creek Ranch just north of Cache Creek. 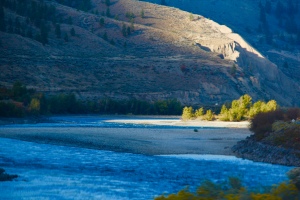 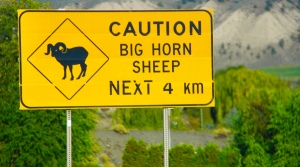 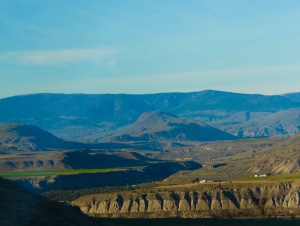 The Hat Creek Ranch was a transit point for the stage coach which serviced the Gold Rush Trail – we are looking forward to exploring the site tomorrow before our push north to Barkerville.

The site itself was first settled by a Donald Mclean – a former fur trader for the HBC. Donald knew of the gold strikes but as HBC policy at the time was to not encourage settlement in Canada due to possible impact on the fur industry, he stayed quiet.  However as a true insider trader he positioned himself in such a way that when the news broke of the strikes on the Fraser, McLean was ready and waiting for clientele at Hat Creek Ranch on the direct route from the coast to Barkerville.  In its heyday Hat Creek Ranch was a stagecoach depot and roadhouse on the road connecting Yale to Barkerville. 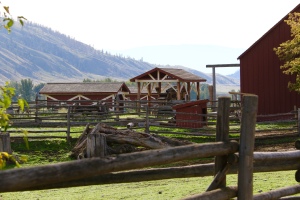 A stage coach trip from Yale to Barkerville was the fastest way to get north taking 7-10 days – however the $130 one way fare was beyond the wallets of many.  Stagecoach horses were bred for speed and generally galloped for as much of the route as possible – road conditions permitting. Teams were changed every 18 miles and HCR was one of the depots where fresh horses were obtained and accommodation was available for those who could afford to pay the $2 a night. 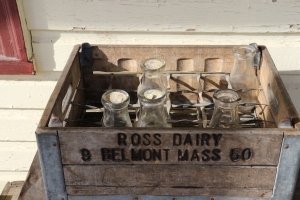 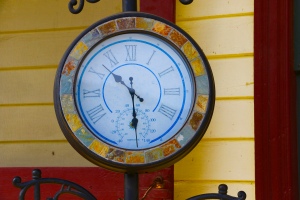 The ranch itself grew all of the fruits and vegetables for its patrons, as well as chickens, pigs and beef. At one point HRC was also exporting food to the coast. 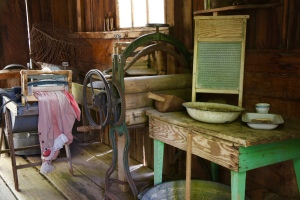 We had a wonderful morning touring the old stage coach depot, bar and working restaurants, taking a stage coast ride, 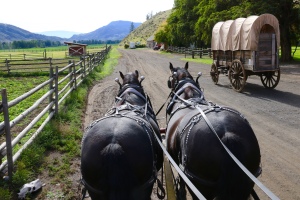 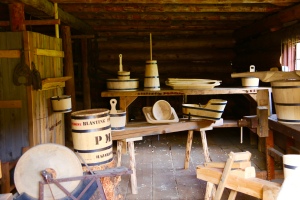 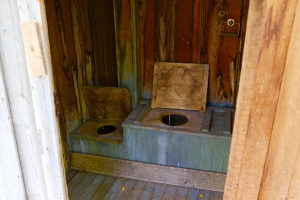 Interpretation staff dressed in period costumes answered our questions as we drifted through the echoes of another time.

The campground here is recommended if you are travelling with dogs. There are two large fields directly behind the camping area where dogs can run off leash. The restaurant serves a very nice breakfast (excellent corn bread!)  and the grounds are immaculate with free hot showers and a heated washroom facility.  Thumbs up all around👍🏻👍🏻👍🏻